The Pursuit of Happiness – Swiss Emigration to Argentina

The Swiss emigration to Argentina can actually be traced back to the 17th century when a handful of Swiss missionaries and mercenaries first landed on Argentine soil. Mass emigration proper, however, only started in the 1850s, lasting until the outbreak of the Second World War.

During these times, many Swiss lived precariously. In fact, the Swiss Confederation was well into the 20th century one of Europe’s poorest and least developed countries. Structural changes induced by the relentless wave of industrialization and economic internationalization had a massive impact on Switzerland. Poverty and hunger ravaged the nation, particularly in the more remote alpine regions such as the Valais. Faced with these dire conditions, thousands of Swiss saw no alternative but leaving their beloved homeland and trying their luck elsewhere. For many, Argentina was thought of as the Promised Land.

Those who indeed ventured to the South American country, however, soon had to learn that life in the Argentinian wilderness was not any easier. Many of the pioneering migrants were in fact farmers who had been breeding cattle in the Alps for generations. In Argentina, though, they were forced to turn themselves to field-based agriculture – a change many found difficult to adapt to owing to their lack of experience.

Many families therefore failed and decided to move on to Brazil, Chile or the United States. Some even returned home. Cultivating the jungles of Misiones or Santa Fé or farming the steppes of Cordoba – three of the provinces heavily settled by Swiss – proved to be too great a challenge. The harsh, humid climate did not permit a swift acclimatisation, either. Virulent diseases, political instability and violence, as well as decrepit infrastructure did the rest.

A Win-Win Situation for Argentina and Switzerland (?)

However, no matter how precarious the situation was for many migrants, both Argentina and Switzerland greatly profited from this wave of migration. The Confederation was able to export its welfare cases, thereby relieving the strain on its finances and reducing social tensions. Argentina, on its part, followed an ambitious development policy: the still rather young country had a great need for productive, skilled workers who could make the sparsely settled regions arable and boost agricultural production. As the Argentinian government also wanted to “civilise” these regions, it specifically recruited Europeans – including many Swiss – by offering spacious farming land at extremely generous conditions.

After these initial troubles of the Swiss migrants, their hard work eventually began to bear fruit. Some Swiss later switched to cattle and dairy farming, their products soon being in high demand. For example, the town of San Jerónimo Norte, founded in 1858 by farmer from Valais, remains up to this day an important centre of the Argentinian dairy industry. In Línea Cuchilla (today: Ruiz de Montoya) in the province of Misiones, the Instituto Línea Cuchilla, a well-renowned agricultural-technical school founded by the Swiss, is still a silent witness of the many Swiss migrants who tried to farm those lands.

Emigration thus continued to take its course. Between1850 and 1939, around 40,000 Swiss moved to the Argentinian Pampa, turning the South American country into the second most important destination for Swiss emigration of this time, before even Canada and Brazil.

This growing Swiss community even had an impact at the inter-state level, whose effects reverberated throughout the years and up until today – for better and for worse. Initially, the bilateral relations were continuously strengthened: Switzerland opened its first consulate in Bueons Aires in 1831, and its very first diplomatic mission in all of South America followed in 1891.

However, only a few years later, the Federal Council considered ending diplomatic relations again in the wake of the civil war of 1893 in Santa Fé, in which Swiss migrants had actively fought on the side of the rebels against the provincial government; they wanted to prevent new taxes and increase their voting rights. This participation muddied the bilateral relations so far that the situation only started normalize again from 1896.

Despite this low point, relations continued to develop very well throughout the 20th century. The excellent relationship is illustrated, for example, in the protection mandates which Switzerland took over for Argentina in Germany, Japan and Vichy France during the Second World War. Switzerland later also represented Argentina’s interests in Cuba. During the Falkland Islands War, it assumed eve this function for Great Britain in Argentina – a considerable display of trust.

The End of an Era

Nonetheless, emigration eventually came to a halt with the outbreak of the Second World War in 1939, never to recover again. The United States, Canada and Australia have long overtaken Argentina as the emigration destinations of choice outside Europe. Many Swiss have also migrated further or even returned back home over the years, not least owing to the global economic crisis and social unrest in Argentina around the turn of the millennium. Despite thereby shrinking considerably to around 15,000 people, the community in Argentina remains the largest Swiss colony in Latin America. Over the years, many Swiss have also been posted to Argentina professionally, and maintain a close relationship with the South American country till today – some of their children still live there.

Today, the migrants’ traces are still readily perceivable: hamlets founded by Swiss settlers have stood the test of time, some of them have even grown to respectable cities. Visiting a Colonia Suiza, one still stumbles across many people bearing typical Swiss names such as Flückiger, Minder or Schär. In some places like San Jerónimo Norte, one can even still hear the original Walliser German dialect. Indeed, many Argentine-Swiss cherish their Swiss heritage despite the Argentinian government’s attempts at hispanification during the past century. The great number of active Swiss clubs, folk festivals, as well as chalet-like buildings, roesti and even alp horns are proof that the sentiment of affiliation to the Swiss homeland remains remarkably strong in many places. 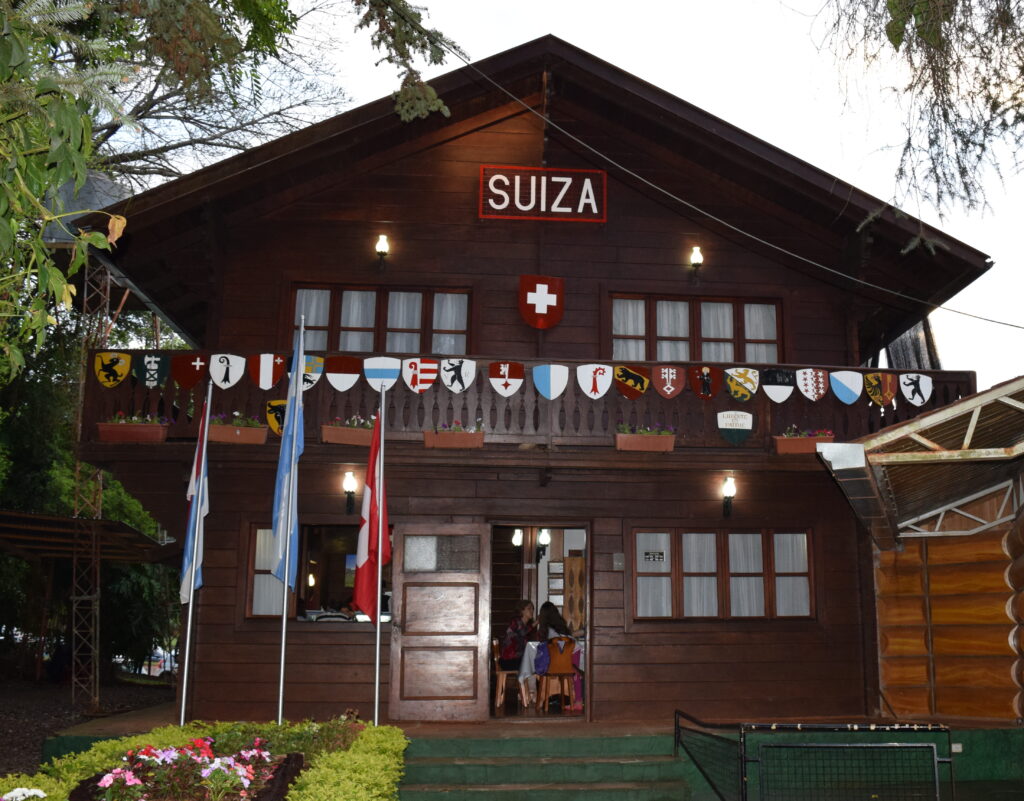 The Swiss-Argentinian relations are also strong and healthy. Of all the South American countries today, Argentina is the fourth most important trade partner and the second biggest export market for Switzerland. There are frequent exchanges at the political level, too: several Federal Councillors visited the country in 2018 alone. Furthermore, intensive negotiations are currently underway regarding a free-trade agreement with Mercosur, the South American economic area to which Argentina belongs. This can only help the Swiss-Argentinian friendship grow even stronger and deeper in the future.