Pursuing Happiness as a Family Abroad: The Didones in Crete

It might as well be a picture taken right from a corny holiday catalogue: a few lonely, white buildings shimmer in the Greek midday sun amidst lush, green olive trees, while the majestic hills of Crete dominate the surroundings. Looking north, one is delighted with the sight of the deep blue Mediterranean.

Indeed, Claudia and Marco Didone, both members of Soliswiss, fulfilled their lifelong dream by emigrating to this Greek island. The former physics and maths teachers abandoned their pocket calculators in 2016 and moved South to open their holiday resort, “WeCrete“. The Didones dared to do what many only talk about: they broke out of the hamster wheel of everyday life, giving their biography a completely new twist.

To get where they are today, though, the Didones had to go on an odyssey. For one thing, they were not spared the challenges that typically come along with every emigration process: the excruciatingly slow wheels bureaucracy, unexpected cultural differences or communication issues due to the language barrier.

As a family, though, the Didones were faced with an additional challenge: their first daughter, Sofia, was just three and a half years old at the time of emigration. This raised some hard questions: Will Sofia be able to find friends? How will she cope with the new language? Will she be able to keep at with her peers at kindergarten and school?

Confronted with these and similar concerns, many families had to give up their dream of starting over abroad. As for the Didones, they have held on to their cause – and they have been rewarded for it. Just how did they do it?

Success through Planning, Perseverance and Willingness to Compromise

Listening to Marco Didone’s account, one thing quickly becomes clear: conscientious planning is the be-all and end-all of a successful emigration – even more so when children are involved. In fact, the physicist and the mathematician meticulously planned this mammoth project for almost two years.

To this effect, they included the “child factor” into their calculations right from the start when deciding on where to settle down. On the one hand, their dream was to set up a holiday resort in the middle of Crete’s unmatchable nature. Future guests were to be able to enjoy the quiet beauty of the island, far away from crowded tourist hotspots or busy downtown areas. At the same time, their new home was not to be secluded: “We wanted our daughters to grow up in a conducive environment.” In other words, meeting friends and going to school should not be too much of a hassle.

By virtue of their perseverance – and with a bit of luck – the Didones were able to resolve this dilemma. They eventually discovered the perfect piece of land. Despite its serene location, it is only a stone’s throw from the next larger town of Kissamos. However, the young parents had to be willing to make certain sacrifices: the lacking public transportation system forces them to drive their daughter to school every single weekday. But with this compromise the Didones were able to square the circle: on the one hand, school and friends are close, and, on the other, the parcel’s unique location is ideal for nature-loving guests. 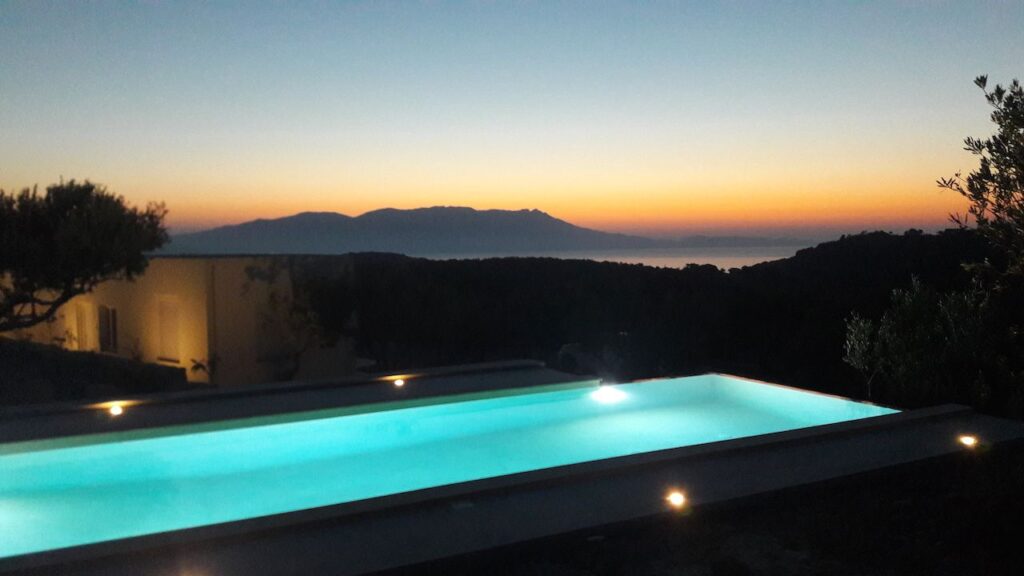 “Sofia was having a hard time in the beginning”

In spite of all the planning, though, one simply cannot prepare for everything. Sofia, for example, initially had some difficulties: “In the beginning she definitely had trouble with the language and the new environment, especially because she is already rather shy by nature… During the first months she was very hushed.” Marco therefore strongly recommends investing in your child’s – and your own – language skills as early as possible. “Without a sufficient proficiency in the new language, it is virtually impossible to find friends, to keep up in school and to generally find your place in society.” 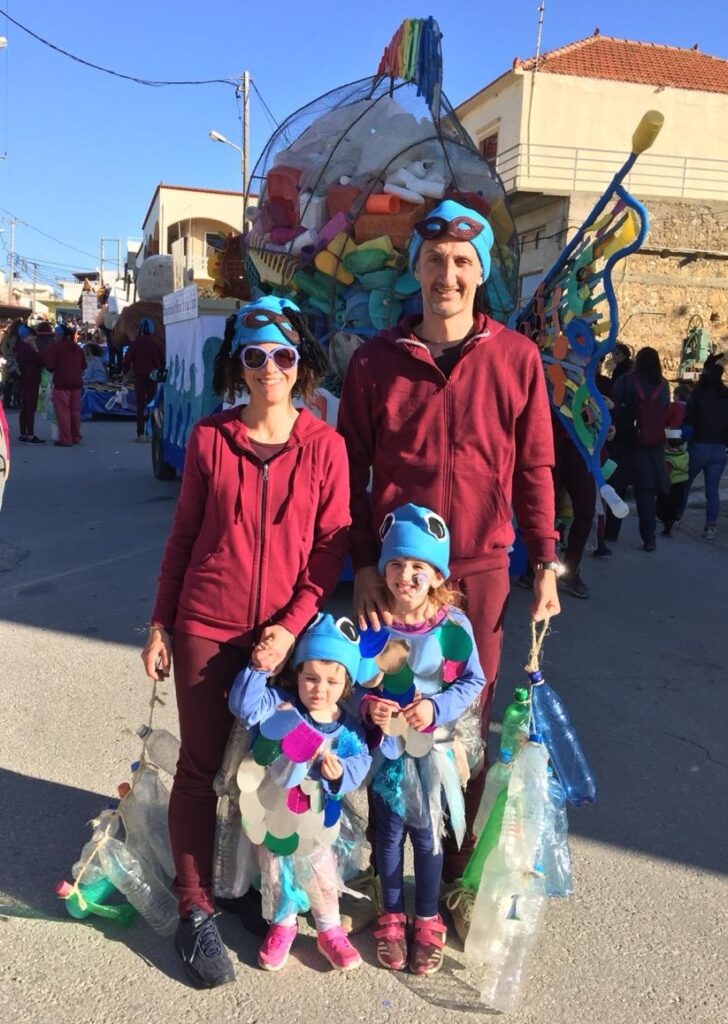 With the professional support of the teachers and a speech therapist, Sofia has overcome this obstacle by now. “Today she is just as wild as the Greek children… she is loud, chatters without inhibitions and is succeeding in school. Now it’s us who ask her whenever there is a Greek word we don’t understand.”

Meanwhile, the family has grown: in November 2016, Lucia enlarged the Didone clan. Since she was born in Crete and therefore has never had a real connection with Switzerland, she will not have to struggle with the challenges associated with moving to a different country, making things for her – and her parents – a lot easier. Today, Lucia is two and a half years old and goes to nursery twice a week.

Emigrating – an endeavor that will remain a dream for many people, often precisely because of worries related to their offspring. The challenges particularly facing families intending to move abroad should of course not be underestimated. However, the Didones clearly demonstrate that it is absolutely possible to successfully emigrate as a family. All it takes is conscientious planning, willingness to compromise and continuous consideration paid to the children’s needs. In this context, the Didones have also benefitted from Soliswiss’ support and services. “Soliswiss has always given us valuable advice and extra security, especially when it came to our children or insurance.”

We are happy to support you in your emigration plans as well – be it with or without a family!

For more information, also check our article on emigrating with children.

Pursuing Happiness as a Family Abroad: The Didones in Crete - we offer the following services

It is our objective to live solidarity and to be there for the Swiss around the world. We are "Your Switzerland Abroad".