Of Estonians and Blocks: The Future of E-Voting in Switzerland

E-voting - an emotional affair. Given the sometimes heated debates between its advocates and opponents, it is perhaps wise to take a step back and broaden our perspective. What are the challenges? Are there examples that we can learn from? What could be some feasible solutions? Read on to see what we can learn from Estonia and blockchain-based technologies.

E-voting, i.e. electronic voting over the internet, seems to be leaving only few people cold. Indeed, e-voting has been on the political agenda for nearly 20 years. Over this period, many trials and projects have been launched, executed and also scrapped. Recently, the e-voting system used by the Swiss Post has been making headlines as the project was suspended in March 2019 due to critical system errors and security concerns.

E-voting is being met with strong opposition: some citizens have even gone as far as preparing a people’s initiative for a de facto ban on e-voting. Critics are receiving support from players in the IT world, with the Chaos Computer Club (CCC) Switzerland coming out as an especially staunch opponent. The opposition are particularly concerned with the security of e-voting as it is said to be susceptible to manipulation by hackers, making it possible for voting and election results to be altered.

Proponents of e-voting counter this argument by saying that fraud cannot be ruled out in traditional paper ballot voting, either, whereas e-voting at least offers promising opportunities to minimize this risk. The Organization of the Swiss Abroad (OSA) is one of several supporters leading the fight for e-voting, which is of particular concern to many Swiss living abroad since the long postal routes often result in voting documents failing to reach their recipients in time. E-voting would enable votes to be cast at any time and from any place, thereby ensuring that the Swiss community abroad could participate in democratic processes without a hitch.

Thus, the situation in Switzerland is rather controversial. What do other countries have to say?

Globally, there are practically no established e-voting systems. A few countries, such as France, Norway and Germany, have conducted experiments, or at the very least discussed them. Leading the way, however, is a smaller and often overlooked country: Estonia. Back in 2005, this Baltic nation was the only country in the world to have implemented a comprehensive e-voting system, even though they had not been discussing the topic nearly as long as Switzerland. 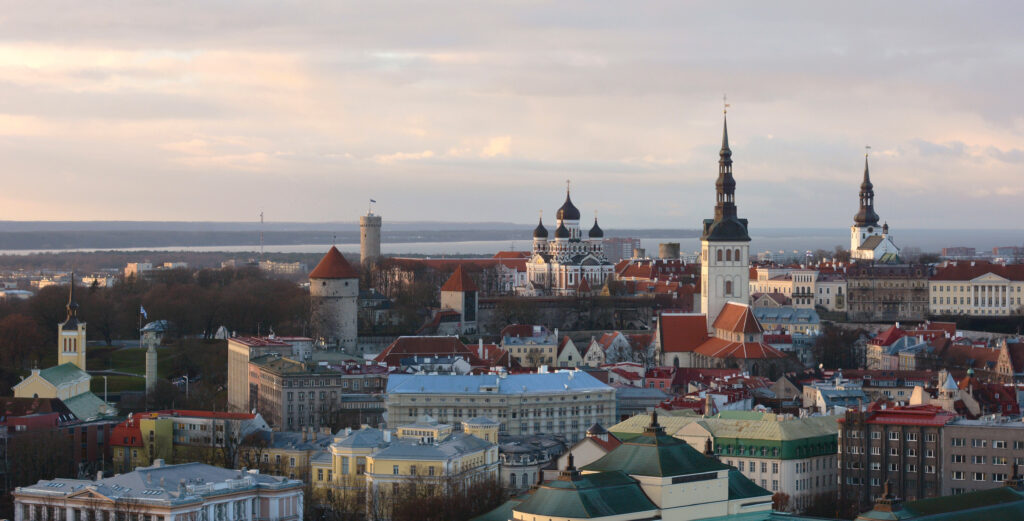 When it comes to one particular point, the Estonian approach differs greatly from that of Switzerland: voter identification. For democratic reasons, it is necessary to ensure that only those entitled to vote may participate. In Estonia, this is made possible thanks to identity cards equipped with a computer chip. To identify the voter, the card is placed into a specific card reader, and a personal code has to be entered. Only then is the voter able to access the voting page. To confirm the vote placed, the voter needs another personal code, which upon being entered encrypts and thereby anonymizes the vote.

In the Swiss Post’s system, however, voters are to receive such an identification code by post that they need to enter prior to casting votes. According to the proponents, the Estonian system’s identification card solution is not only simpler but also involves fewer risks. In fact, there have not been any major issues with the Estonian system thus far, notably also due to constant monitoring and ongoing adjustments of the system.

By now, e-voting has become the norm for Estonians. In recent years, the number of e-voters has steadily increased, although the impacts on overall voter turnout are still being debated. What’s for sure is that Estonians are proud of their system and pioneering role.

Blockchain as a Solution for Switzerland?

What we’ve learned from Estonia is that e-voting is possible. Yet despite their positive experiences, security concerns should not be swept aside. Also, it is not possible to simply adopt the Estonian system due to the special characteristics of Swiss democracy.

However, a possible solution could come from Zug, the so-called “Crypto Valley”. The most promising systems are based on blockchain technologies, which have grown in popularity in recent times as a result of the hype surrounding Bitcoin.

Simply stated, when using blockchain technology, information – e.g. a “yes” vote – is stored in the form of a “block”, as illustrated in Block C below. Every block has its own “hash” based on the information stored. This serves as an identification code and cannot easily be altered. One block is then joined to other blocks, ultimately forming a “chain”. The hashes are necessary in order to connect the blocks: Every block contains its own hash in addition to the hash of the block that precedes it. This is how the blocks are “chained” together.

If a hacker tries to change the information in our Block C (e.g. by changing our “yes” vote to a “no” vote), this results in a change to the block’s hash. This hash then no longer corresponds to the hash stored to the subsequent block, causing the chain to break apart. As a result, it is easy to identify manipulation. 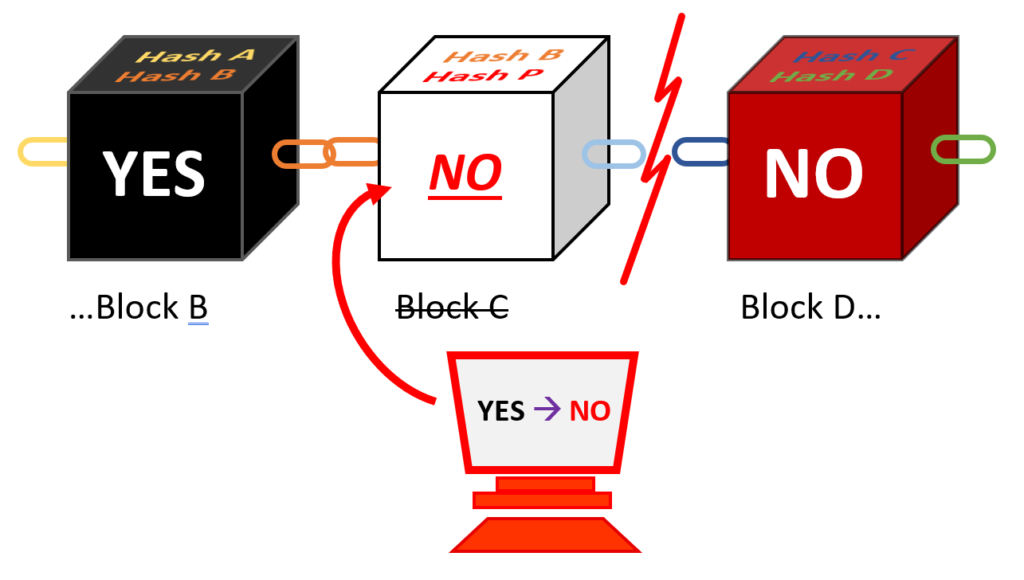 What makes this brilliant is that the chain is not stored at a centralized location. On the contrary, identical copies of the chains are distributed across multiple servers. In doing so – and contrary to the current Swiss Post system – there is no central point that hackers can target, resulting in increased security.

Additionally, the copies serve as “checks and balances” for each other: If part of a chain is modified, the changed version will no longer correspond with the copies, and can thus be easily identified. The decisive information is therefore the information that is contained in the majority of the copies. To go back to our example: If a hacker changes our “yes” vote to a “no” vote, this will be recognized by the copies containing our correct vote. In the end, our positive vote will still have been recorded, leaving the manipulation attempt unsuccessful.

That is what makes the system interesting. Manipulating a nationwide vote in a systematic, widespread and undetected manner will be very difficult to accomplish. Indeed, some would even go as far to say that it makes it impossible. However, critics warn against underestimating the risks as no system can guarantee 100% security.

So, is blockchain the solution? Ultimately, the pros and cons including the risks will need to be carefully weighed out. But to do so, honest discussions are needed – not just on the part of politicians but in society as a whole. After all, it is our democracy that is at stake here.